Posted on 25 December 2013 by India Wildlife 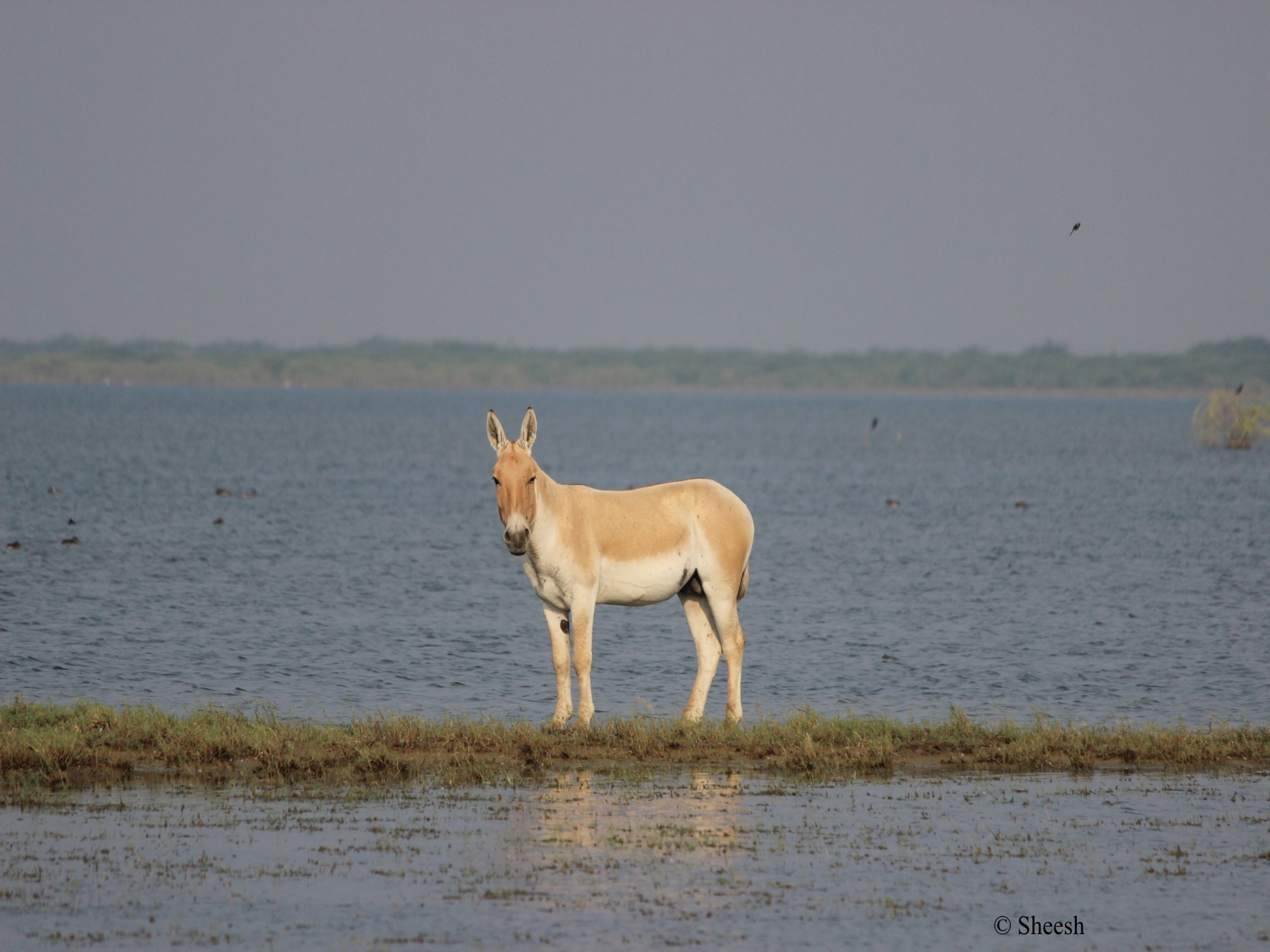 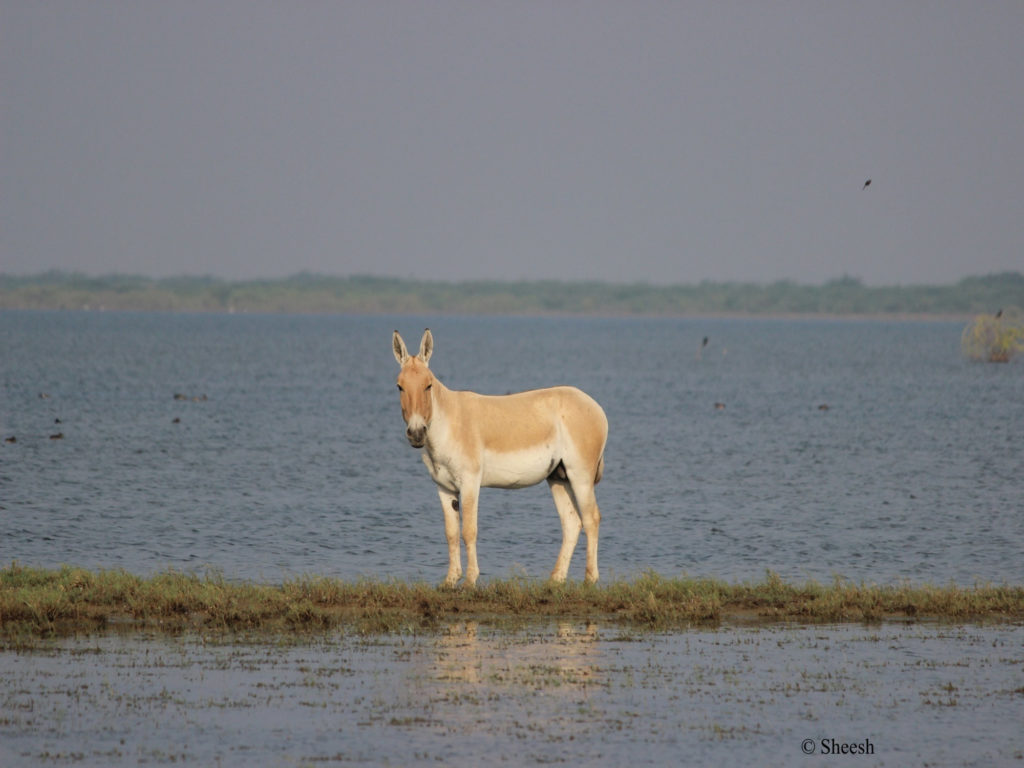 In the Little Rann of Kutch, the endangered species of Asiatic wild ass with various species of animals and birds along with birds are also found here and this is the only sanctuary for donkeys in India.

Due to being a fond of eating a special kind of grass in the Salt Desert, the Little Rann of Kutch is its favorite place. With a bodyweight of about 290 kg and 210 cm long, this hemione can run at a speed of 60 to 70 km per hour, because its jump is quite long.

The general color of its coat varies with the seasons, appearing light brown over the cold winter and reddish-brown during the hot summer.

It is also the speciality of the Asiatic wild ass that they look shiny even without bathing for months. It is a very handsome animal. In addition, in such a small amount of resources it remains and remains in an excellent
way, this thing makes them special. The vegetation is limited in these deserts, but this animal has shielded itself in the salt desert of the Little Rann of Kutch. It is often in the herd, especially during the breeding season.

The International Union for Conservation of Nature has placed this species in an extinct period. The Government of India has placed the first list under the Wild Animal Protection Act.

In view of this seriousness and sensitivity, a postal stamp was also issued on this Hemione by the Indian government.

So, from next time if someone calls you a donkey, do not feel bad at all.

I recently had a wildlife encounter with him in my Gujarat Wildlife Tour.