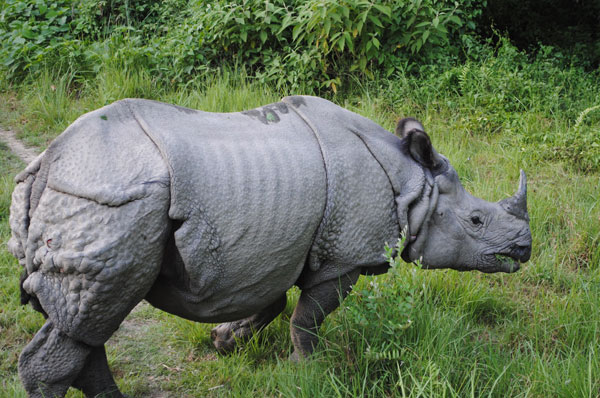 Dudhwa was declared a wildlife sanctuary in 1958, a national park in 1977 and as a project tiger reserve in 1988. Dudhwa national park is located on Indo-Nepal border in Himalayan foothills and in the Terai region.

Dudhwa was declared a wildlife sanctuary in 1958, a national park in 1977 and as a project tiger reserve in 1988.  Dudhwa national park is located on Indo-Nepal border in Himalayan foothills and in the Terai region.

The national park is extended more than 811 Sq. KMS of the area this region is mainly grassland, marshes and dense jungles.

The major attractions of Dudhwa are Swamp Deer – they are more than 1,600 and tiger. The park has 38 kinds of mammals, 16 races of reptiles and many species of birds.

This has 02 core regions as Dudhwa National Park and second Kishanpur wildlife sanctuary. There is 15 KMS long agricultural terrain between both of the jungles.

Dudhwa is quite known for the tireless hard works of ‘Billy’ Arjan Singh, India’s top conservationists. He was very active to create Dudhwa as a reserved forest for Swamp Deer.

Later on, he effectively re-introduced and handed over Tigers of zoo along with leopards into Dudhwa. The forests of Dudhwa are evocative of the jungles of Bardia located in Nepal.

The lakes of Dudhwa provide excellent chances to observe Swamp Deer and many bird species from ‘Machans’. In middle of 1980, in Dudhwa Indian Rhinoceros were again introduced from the state of Assam and also from Nepal.

Nearby attractions from Dudhwa

Visit exceptional Frog Temple located at Oyal – only temple in India of its kind. This was constructed by the erstwhile rulers of the Oyal of Lakhimpur-Kheri district. This temple is dedicated to Hindu God Lord Shiva.

Frog temple is 10 KMS away from Hargaon in-route to Lakhimpur-Kheri and Dudhwa.

Surat Bhawan Palace is one of the well-known palaces of Terai region. It is constructed in Indo-Saracenic architecture and was built by the king of the Singhai state.

Air: Lucknow is the best-connected airport 57 KMS away from the park.