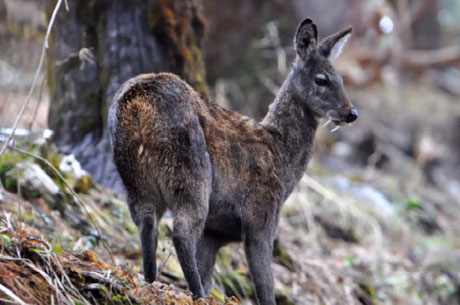 Khangchendzonga is situated in the biggest district of Sikkim. This National Park is one of some high elevation national parks of India.

The flora of Khangchendzonga National Park is mostly a moderate and moist biome having of Fir, Birch, Oak, Willow and Maple etc.

Apart from these Alpine grasses, few shrubs and some of the medicinal herbs too are usually found at upper reaches of  the national park.

Other adventure activities at Khangchendzonga

Yuksom located 145 KMS away from the capital city of Sikkim Gangtok is the beginning point for trekking and mountaineering. The famous trekking routes are as under:

Apart from these routes the trekking up to the Green Lake along with Lachen is quite famous. The route of the same as under:

Most of the above mentioned routes of the trekking go via the Khangchendzonga National Park.

Air: Bagdogra is the nearest airport located 222 KMS away from the park