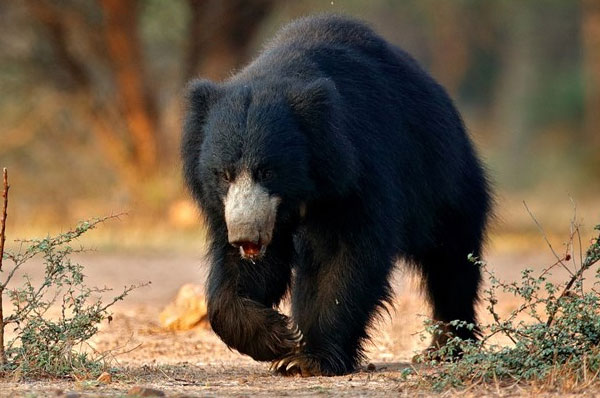 Panna is one of Project Tiger Reserves of India. The Panna national park is worldwide famous for the wild cats which include tigers along with deer and antelope.

Because of its nearness to few well-known tourist destinations of India as Khajuraho and Orchha etc, Panna is known as a very exciting wildlife stop-over tourist attraction.

The climate of Panna is the tropical one. The summer months here are fairly scorching, but provide the maximum probability to encounter the special wildlife in the park.

The winter season is cold but remains comfortable as the temperature normally is below 25°C.

Many species of wild animals are found in and around the park. Panna is known for the tiger along with Sambhar, Panther, Blue bull, Antelope, Bear, Chinkara, Spotted deer, wild dog, Wolf, Jackal and Monkey.

The park also has various reptiles like snakes, lizards and few amphibians as Crocodiles, frogs and Gharials. Panna is a home of about 200 bird species.

Due to the dry and hot climate with the presence of low Vindhyan mountain soils, Panna has dry forest. Apart from big grasses and sharp woodlands Panna is a home of different trees as Salai, Saja, Achar, Tendu, Seja, Kullu, Mahua, Aonla and Bel.

The best time to visit Panna is from October to June. The park remains closed during the monsoon period.

How to reach Panna

Air: Khajuraho is the nearest airport located 57 KMS from the park and is connected with Delhi and Varanasi

Train: Khajuraho (57 KMS) has a train to Delhi. Satna is the closest good station to take the trains located 90 KMS from the park.