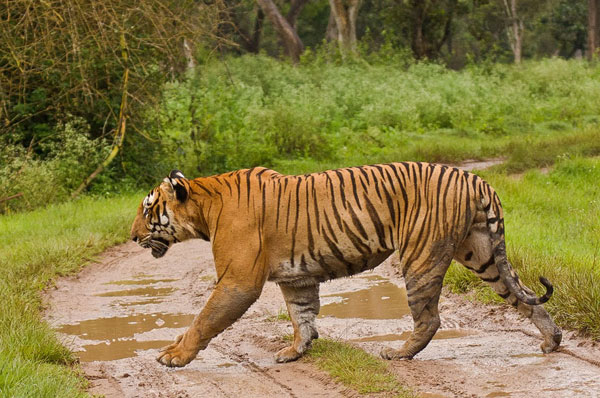 Bandipur National Park is located in the Chamarajanagar district of Karnataka –a South Indian state. Gifted with a reasonable climate and varied geographical characteristics, the park maintains an extraordinary diversity of flora and fauna, creating Bandipur absolute heaven for various wildlife.

In 1973, the park turned one of India’s first tiger reserves. In 1974, Bandipur was declared a National Park. Bandipur has a very special place in the efforts of India to natural preservation. It was the reserved hunting ground of the royal family of Voodiyar. In 1930, it was named as Venugopal Wildlife Park.

Bandipur was extended in 1941 to connect the Nagarhole National Park that set towards the park’s northern border. Mudumalai and Wayanad Sanctuaries position towards Bandipur’s southern boundary in two different states of Tamilnadu and Kerala correspondingly.

The whole region now comprises the huge Nilgiri Biosphere Reserve, which is India’s one of the widest areas of protected jungles.

There are about 230 species of birds in Bandipur.

The nearby attractions of Bandipur

The best time to see the animals in the park is from April to October.

How to reach Bandipur

Air: Bangalore airport is located 220 KMS away from the park.

Train: Mysore station is 80 KMS from the Nagarhole.