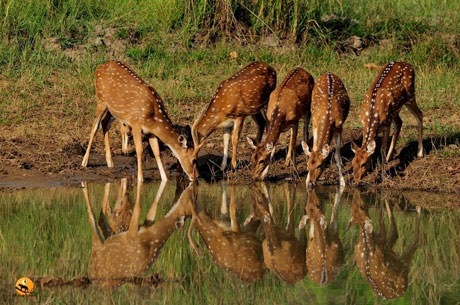 Silent Valley National Park is one of the oldest National Parks located in the state of Maharashtra. It is about 91 KMS away from Nagpur and approximately 45 KMS from Chandrapur which is an industrial hub and a district headquarter

Silent Valley National Park is situated in Palakkad district in Nilgiri Mountains of South Indian state Kerala. It is one of its kind natural rainforests preserve.

It was explored by Robert Wight a famous botanist in 1847. Silent Valley is associated with Mahabharata a Hindu epic. Government of India declared it a national park in 1984. In Kerala, the park is called as Sairandhrivanam in local Malayalam language as in Mahabharata Draupadi was Sairandhri during the exile period.

Silent Valley National Park is the heart of Nilgiri Biosphere Reserve. In spite of the name of the park – Silent Valley the reverberation with the voices of swarming wildlife.

The famous River Kunthi come down from the Nilgiri Mountains about a height of 2000 m over sea level and goes to the whole extent of this valley and runs down to the grounds by the dense jungle. The River Kunthi is forever crystal clear and permanent and it doesn’t get brown.

Silent Valley National Park is a small park in size but the flowering atmosphere of the park with the tall mountain peaks and many rivers passing through the wildlife park make Silent Valley a unique destination from the other wildlife sanctuaries of India.

The flora of the sanctuary is humid wet evergreen jungle having the particular category of Rain Forests. The major plants of the park are teak, Amla, Semal, rosewood along with and bamboo. According to the altitude, the vegetation can be divided in four various categories.

The hot evergreen jungles include widespread thick jungles along the mountains and valleys. The sub tropical mountain forests have the higher altitude region whereas the temperate jungles are described by the distinct species of evergreen with a thick blocked canopy.

The grasslands in the park are mostly restricted to the upper rises and peaks in the eastern division.

There are about 15 invertebrate’s species, 02 types of fishes and 02 kinds of amphibians. It has 26 types of mammals and 120 avifauna species and most of these species are highly endangered.

The best time to visit Silent Valley is from October to April.

Train: Palakkad is the closest railhead 60 KMS away.